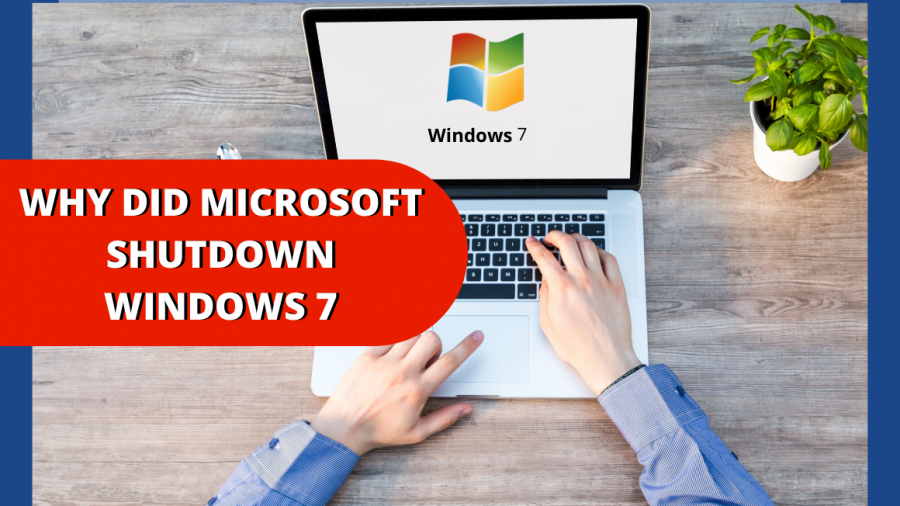 Why did Microsoft Shut Down Windows 7?

Windows 7 arguably was the fastest, most intuitive and most useful consumer desktop OS, but as time passed the support for this old windows operating system has been shut down. Microsoft officially released Windows 7 on the 22nd of July, 2009. The Software Giant announced that as of January 14, it will no longer be providing support for the Windows 7 operating system.

The company says that end of support for the OS means that it will no longer offer fixes, software updates, security patches / updates and technical support. Due to this users who wish to stick with Windows 7 will not only put themselves at a huge risk but may also run into an issue of being hacked that could seriously compromise their PC’s.

Many companies have spent millions of dollars into computers and software and are now racing against time to switch to the newest version of software, “Windows 10“. Upgrading can be expensive, but there will be a significant cost should the firms miss the January 14, 2020, deadline.

According to Mary Jo Foley (An American freelance technology writer, author, podcaster and news editor.) in an email interview she said, “Microsoft can and will continue to create security patches for Windows 7, which they will sell.” Big businesses will be able to get security patches. Not every businesses can afford to purchase patches especially the smaller ones. The patches are specifically aimed at big corporate customers and the price will increase more each year. Microsoft prefers users to be on the latest version of the Windows for security, image and customer satisfaction’s sake.

Upgrading from Windows 7 to Windows 10 has many advantages. To begin, both operating systems are developed by Microsoft, the up-gradation process is easier, and in several cases you can keep your files on PC.

Users can experience minimum disruption while upgrading to Windows 10. You wouldn’t find it difficult to use since its interface and layout are similar to Windows 7.

Steps to upgrade OS to Windows 10:

1. Secure data: Users need to take a backup of their documents before the update.

3. Installation: After the download gets successful, install the application system and later activate Windows 10 (OS).

4. At this point your PC will then direct you from settings > update & security > activation. Hence your PC is updated to Windows 10.

For those who have still not updated their operating system, hurry and switch to Windows 10 today.