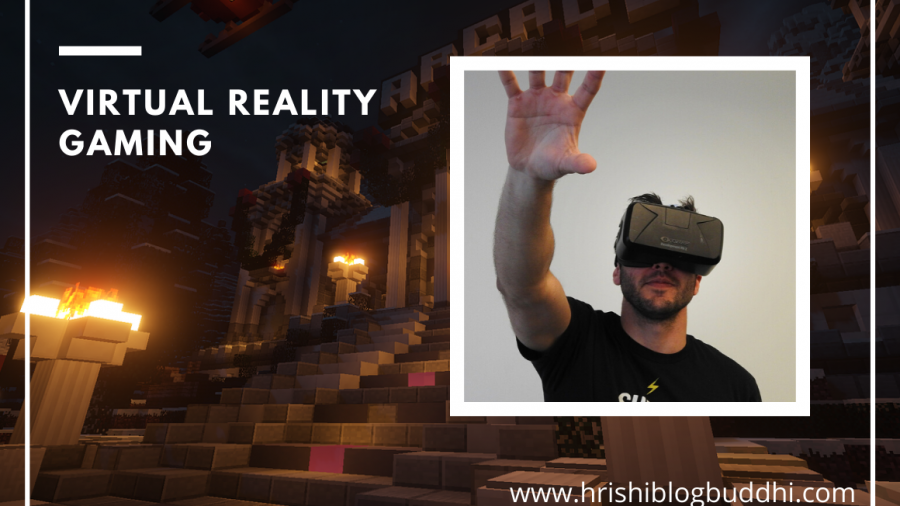 VR gaming headphones and goggles are the most important VR gaming accessory is the one you wear on your head to immerse yourself in the game. VR headsets capture and transmit your full head and eye movements, to more simple VR goggles that merely display the simulated 3D games environment.

It translates physical actions into game performance. Just like traditional video games, most VR games utilize some kind of hand-based controller for pointing and sending commands. High advanced VR game controllers sense real-life activities and recreate them within the game.

VR gloves enable the detection of the minute hand and finger movements, allowing developers to create a new generation of VR games that ask players to pick up small items, grasp and carry objects, and so on.

Realistic Experience- It feels as if you are actually in a new environment and having a realistic experience.

Helps in Burning Calories- VR gaming enables you to be physically active while experiencing all the fun of traditional games, which helps in burning calories.

Overcome Phobias- in VR games to win in the game, we may come across our worst phobias at any time whether that be heights, darkness, water or horror.

Increases Intelligence- While playing VR games, it also trains our ability to plan and solve puzzles with the help of clues that can improve our intelligence.

Spoil Human Connections- By playing alone can damage the relationship between friends and overall human communication.

Functionality Issues- If VR game goes wrong or it stops working or headset got break then you have stop activities until it fixed.

Addiction to the Virtual World- Having video games and strong experiences, people get addicted to the Visual world more than the real world.

VR gaming brings benefits but it can also prove to be harmful.