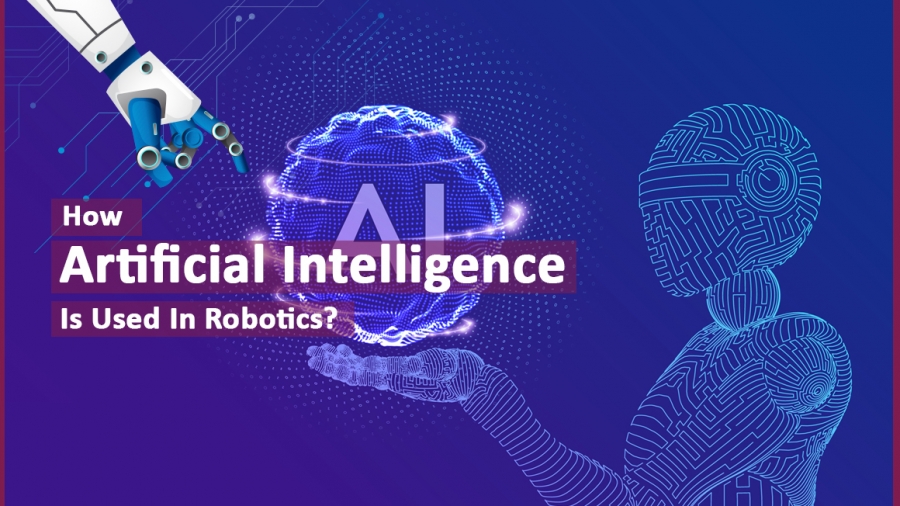 What do you name a machine that appears similar to a human and can even act like a human in specific circumstances? Guessed it? If you thought of Robots, bingo!!! You’re right. These days, robots are getting ‘smarter’ and more efficient with the assistance of computer science. And to shed light on it, this article will give you the insights on robots as it does revolve around robotics, artificial intelligence, as well as the working in between them.

But, before that, can you define exactly what a robot is?

Well, a robot is any automatically operated machine that replaces human effort, though it may not resemble human beings in appearance or perform functions in a humanlike manner.

Robotics deals with physical robots and is a branch of technology. Robots are programmable machines that are usually able to carry out a series of actions autonomously, or semi-autonomously.

However you choose to define a robot, robotics involves designing, programming, and building physical robots that are capable to interact with the physical world.

Still having doubts??? Let’s clarify it.

What is Artificial Intelligence?

Artificial intelligence or (AI) is a branch of computer science which includes developing computer programs to finish tasks that would or else require human intelligence.

Even if AI is used to control robots, the AI algorithms are only part of the larger robotic system, which also includes sensors, actuators, and non-AI programming.

To put in more simple terms, the basic aspect that differentiates robotics from artificial intelligence is that a robot is a machine which may or may not require intelligence to perform specific tasks and has a physical form. While on the contrary an AI is a program so it doesn’t require to be physical.

Hope that you got the exact gist of it. Now let’s discuss the vital question:

How do Robots and Artificial Intelligence work with each other?

Artificial Intelligence or AI gives robots a computer vision to navigate, sense, and calculate their reaction accordingly. Robots learn to execute their tasks from humans through machine learning which is again a part of AI and computer programming.

Based on the use and the tasks that the robot has to carry out, different types of AI are used. They are as follows:

This type of AI is utilised to create interaction and a simulation of human thought. The robots have predefined commands and responses. However, the robots do not comprehend the commands, they do only the task of retrieving the appropriate response when the suitable command is given. The most suitable instance of this is Alexa and Siri. The AI in these devices only executes the tasks as demanded by the owner.

This type of AI is used in those robots that perform their tasks on their own. They do not need any kind of supervision once they are programmed to do the task correctly. This type of AI is extensively used nowadays as many of the things are getting automated and one of the most intriguing instances is internet cars and self-driving cars. This kind of AI is also utilised in humanoid robots which can interact with their surroundings quite well and sense their environment. Also, robotic surgeons are getting popular day by day as there is no human intervention needed at all.

This type of AI is used when the robot needs to implement only certain special tasks. It is restricted only to limited tasks. This involves mainly industrial robots which carry out certain and repetitive tasks such as tightening, painting, etc.

Robots are now being used in a customer service capacity in hotels and retail stores around the world. Many of these robots leverage AI natural language processing capabilities to interact with clients in a more human way. Frequently, the more these systems can interact with humans, the more they learn.

Robotic packaging utilises forms of AI often for lower cost, quicker, and more accurate packaging. AI helps save specific motions a robotic system makes, while continuously refining them, which makes moving and installing robotic systems simple enough for anybody to do.

While Artificial Intelligence is still in its nascent stages, it has become an increasingly common presence in robotic solutions, introducing flexibility and learning capabilities. Although, there are many that have yet to feel the impact.