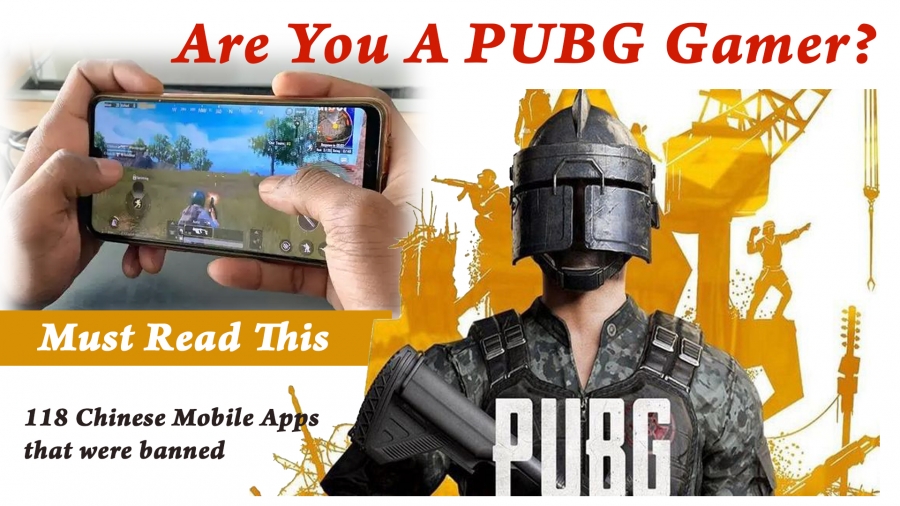 As we are aware of the recent ban imposed on Sept 02, Wednesday, by the Ministry of Electronics and Information Technology on the 118 Chinese mobile apps, it came as a major shocker for many online gaming enthusiasts when the ban also included the mobile application, PlayerUnknown’s Battlegrounds or PUBG for short. At its core, the game was a battle royale that cooked up a storm in the Indian gaming industry, with its entry in 2018.

Here’s the entire list of the 118 Chinese Mobile Apps that were banned:

Why were these Apps Banned by the Government?

This decision was taken in the view of data security concerns after fresh tensions took place between India and China in the border area in eastern Ladakh. What’s more, the government made it clear as to why it took action on these mobile phone apps, said in the following statement:

“The compilation of these data, its mining and profiling by elements hostile to national security and defence of India, which ultimately impinges upon the sovereignty and integrity of India, is a matter of very deep and immediate concern which requires emergency measures.”

Ok, now we know the reason, but the main question still remains as to whether the banning caused an impact, well this is what you’ll learn next. So, let’s read further…….

Additionally, the application has been dropped from the digital distribution services such as the Google Play Store and the Apple App Store.

Although the latter is now unavailable for the gamers to utilise, there is this impending cause in unnecessary deaths of individuals due to the growth in reminiscence, addiction as well.

However, it can be thwarted, if you consider emphasizing on gaming as a whole, instead of one sole game. It does not necessarily have to mean that this is the end of life.

Have positivity. Rather than taking drastic measures, prevent anxiousness, depression, and other mental signs by not doing the following:

Will the App make a Comeback?

Whether the app will make a comeback in India or not, only the company or the government can confirm.

However, there is a Good News that can be particularly delightful for gamers who have been lamenting at the loss of PUBG Mobile, ever since it was banned in India.

So, let’s take a look at the recent statement made by the company so far,

“PUBG Corporation has made the decision to no longer authorize the PUBG MOBILE franchise to Tencent Games in India. Moving forward, PUBG Corporation will take on all publishing responsibilities within the country. As the company explores ways to provide its own PUBG experience for India in the near future, it is committed to doing so by sustaining a localized and healthy gameplay environment for its fans.”

You know what this means. The app can possibly make a comeback in India. Considering how its Chinese connection will now be a thing of the past, the Indian Government might consider reinstating it.

The move taken by the Government is for the betterment of sovereignty of Indian cyberspace. This decision will safeguard the interests of crores of Indian mobile and internet users. Hope that as app users we will abide by the laws and contribute our support against the unauthorized misuse and theft of user’s data, ensuring privacy.